The College is organised into six schools.  Each school is led by an Assistant Principal (‘Head of School’).

On the main site, there are four ‘schools’ each home to a curriculum area and one of the College’s pastoral ‘houses’:

The sixth school is the School of Supported Learning which is also led by an Assistant Principal.  The school comprises all aspects of mainstream and specialist Special Educational Needs (SEN) provision including Rise@GHC. 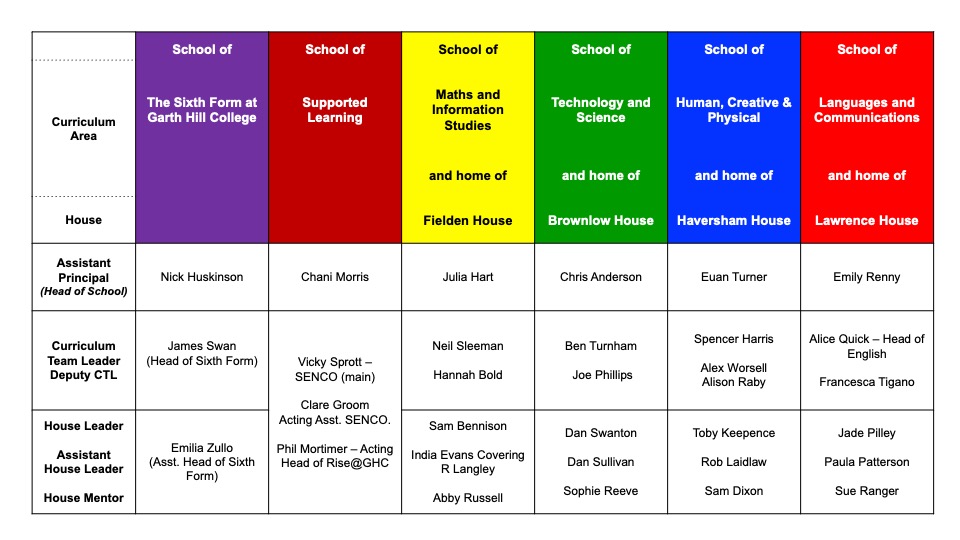